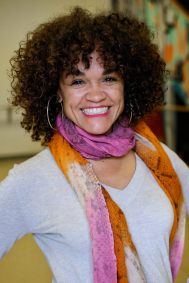 Aisha Wand has been instructing dancers and choreographing shows in Ashland for the past 20 years.

At the age of 10, Aisha found her passion in dance. She began her studies in Ballet and Jazz in Honolulu Hawaii and soon found herself emerged in it. Training in multiple dance styles such as: Jazz Funk, African, Hula, Tahitian, and Hip Hop.

Aisha began dancing professionally in Hawaii at the young age of 17 performing in off Broadway musicals, local shows, conventions, and commercials.

She performed in Hawaii Theater  as a dancer and back up singer  in Dreamgirls, West Side Story, Greese. After graduating she moved to LA to continue her dance education and professional career as a dancer in LA and NY. Stdying at the Edge studios, Broadwy dance center and performing in MTV & VH1 music videos, commercials, as well as stage performances with various recording artists such as Prince, Morris Day, The Boys and Expose, in the early 90s.

As well as technique and a strong foundation, Aisha continues to provide her students with a true appreciation for dance in a positive and professional environment. 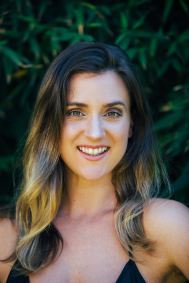 Hanna grew up locally and studied with Aisha at Danceworks for 7 years! She knew her passion for dance at a young age, and went on to study Dance Performance and Choreography at Elon University. In college she focused on Ballet, Contemporary, Modern, and Jazz. When she left college, she dove into the dance world, teaching classes to all ages and performing with various companies on the west coast and in New York City. She received a certificate for a 200 hour yoga teacher training and further pursued dance pedagogy. She booked a tour with Music Producer “Troyboi”, in 2017, as a dancer, aerialist, and violinist, and toured with him for 2.5 years. Hanna’s experience and passion for teaching will provide the groundwork for a well rounded class of technique and performance critique, and of course lots of fun! 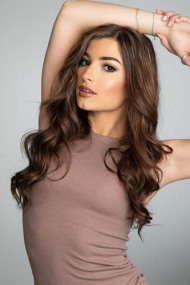 Bella grew up in Ashland Oregon, she has been dancing at Danceworks since she was 9 years old. She has always loved hip hop but has also experienced so many different styles of dance including contemporary, ballet, jazz, and musical theatre all thanks to Danceworks. She has been in many spring showcases but also performed with Danceworks in various venues such as Disneyland, local Halloween, Christmas and 4th of July parades, OSF Green Shows, as well as MLK Jr. Celebrations. This is Bella’s first year stepping into a teacher role at Danceworks. She is extremely excited to pass on her love of dance to other kids. As well as teaching dance this year Bella will be attending Southern Oregon University as a freshman and as a member of the SOU dance team.